With the month of October upon us, excitement for Halloween is in the air. Every year, we see new and creative costumes debut on Halloween, most of them referring to important memes or events of the year. Following this trend, we’re sure this Halloween will show us all a new bunch of creative and hilarious costumes.

If you want your costume to be the talk of the night but aren’t really sure what you should dress up-as worry not! We put together a list of popular Halloween costumes that are sure to be a hit this October.

God Is A Woman (Ariana Grande)

Ariana Grande’s look from God is a Woman has gained widespread popularity all over the world. The iconic look has been recreated by many makeup artists on the internet, so rest assured you will be able to find a lot of tutorials to follow. For the outfit, we would recommend not going nude with body paint. Instead wear a complimenting white outfit, probably a bodysuit with a skirt like the signature Ariana style. Pair the outfit up with these pink LED shoes and you’ll have a whole costume ready. 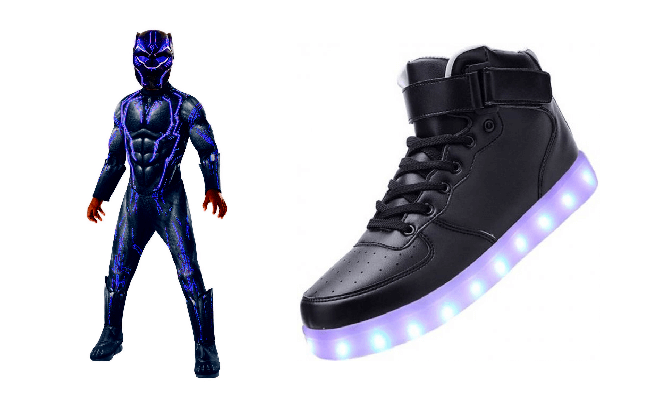 Black Panther is another wildly popular choice for this year. The movie, and the character gained uncharted success upon their release earlier this year. It’s an excellent costume choice for both men and boys. It also requires barely any effort – you just have to buy the costume and wear it! But, if you want to stand out and make your outfit better than all the other Black Panthers you can pair it up with light up shoes.

These black LED sneakers will complement the outfit very well. Not only do they look like they were a part of the costume originally but they will also add to the light up aspect of the outfit. 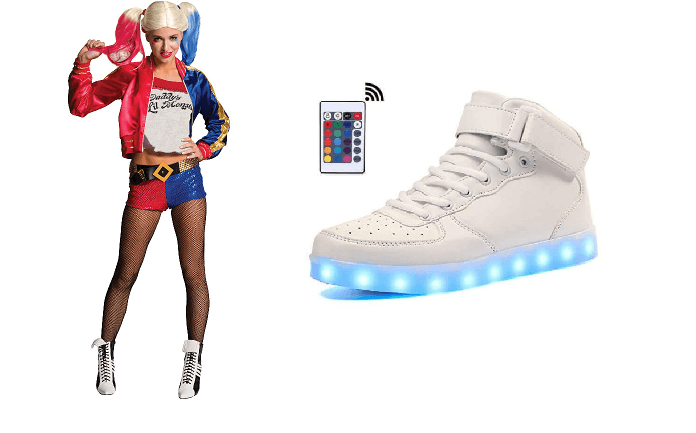 There’s no doubt about the fact that Harley Quinn is a wildly popular costume choice. You can easily buy a Harley Quinn costume, or if you’re looking to save money, grab some spray paints and DIY! Of course, this goes without saying but don’t spray paint your hair! Instead of opting for her heels, which may be uncomfortable, you can wear these white LED shoes. The lights can even change color, so you can keep one blue and one red in line with the outfit!

Hope you have a safe and fun halloween!